After the last Snow Event in 2013 in Germany we wanted to go back to a more snow-certain area with a larger ski-area than Winterberg. This meant flying again, since nobody got excited about the prospect of an 11 hour busride (again). We returned to the exact same location as 2011, Seefeld in Austria, and stayed in the same great hotel Wetterstein as we did in 2011 as well. We also had to make a tough decision this year to exclude the partners/children and make it an Indivirtual-colleague-only event again. But, judging by the footage shot it looks like everyone did fine without their significant other ;-).

The ratio Ski-ing and Snowboarding was exactly 50/50, but we also had a large group of people enjoying the city of Seefeld and the surrounding area (Spa, Hiking, Langlaufing).

Everyone had a great time. Of course, you don’t have to take our word for it. You can also watch the Compilation video created by Hendrik Beenker, who used a lot of different people material and added the soundtrack to the movie: Atemlos durch die Nacht by Helene Fischer (most heard song in Austria those three days). 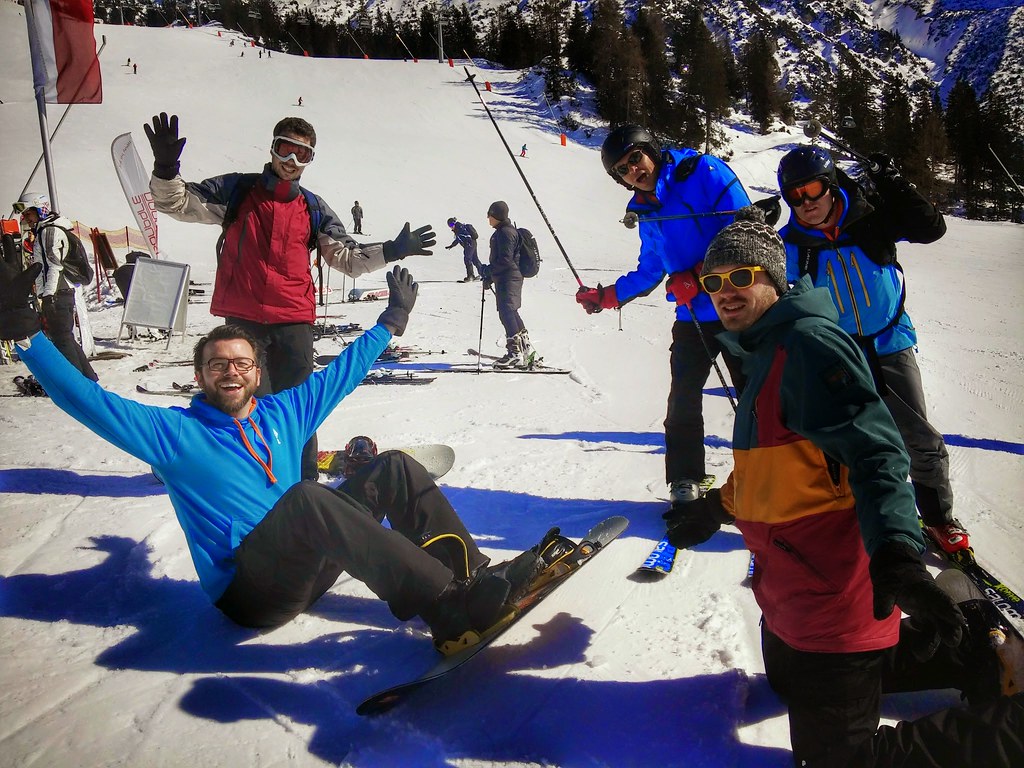